the good and bad of august

August has always been a strange month for me. When I was younger, August marked the end of summer. A time when school was going to start back up and summer fun was going to come to a screeching halt. As I got older it still mark an end, but in much more real ways. It’s the month my dad and my grandma passed away and the month that my favorite uncle died in a freak accident. It’s the month that my mom was diagnosed with a stage 4 aggressive brain tumor. And most recently, a time when we have again just learned of bad news concerning the health of a family member. It’s also the month that I ended up in the hospital months before my son was to be born and ended up delivering him prematurely just a week later.

The birth of my son is the shining light of August. While it was definitely one of the scariest times for myself and my husband, everything worked out well in the end. I ended up delivering him via c-section eight and a half weeks before he was due–he was born exactly two years from the day that my mom was diagnosed with her brain cancer. So, that date remains firmly ingrained in my mind as the day that everything changed in my life–not once, but twice. First, bad changes that led me to lose my mom at way too early of an age, but now the date has led me to see that there can be new beginnings in August–it has led me to celebrate my son and our life and our family.

My son seems to take on the spirit of my mom when it comes to his birthday. He believes (as she did) that we should celebrate his birthday all month (or at least the entire week)! And we do have a tendency of stretching the celebration out a bit. This past week we spent a fun day at a water park enjoying the slides and the lazy river. Then we spent his actual birthday just the three of us. We had a relaxing day opening presents, building and baking and doing things he enjoys. We went out for a “fancy” meal, and then ended up at Build-A-Bear. For a kid who loves stuffed animals like my son I’m surprised that we have been able to avoid this place for so long, but the gig is up! And now that he knows about the place he is already planning on what he wants to buy with his birthday money and has his next birthday all planned out! It really was a fun time, and I love that the innocence still sparkles in his eyes as he’s selecting which animal he wants to love “fur-ever.”

The next day we had a birthday party for him. We typically just have family over and then plan a special treat day with one or two of his friends. But this year he really wanted a “big” party with everyone all together. We decided on an outdoor venue to better accommodate more guests. However, we also did not want the party too big for fear that everyone would end up at our house due to the unpredictable weather (mostly the oppressive heat) of this summer, so we suggested that he select five of his own friends and we would invite them and their parents along with our family and our closest friends. We reserved a spot in the local forest preserve, requested a favor from Mother Earth for some beautiful weather (which she happily obliged), and had a enjoyable day playing games, eating good food, and catching up with friends and family. It was an awesome way to celebrate our little man and to be present in the everyday moments of our wonderful life. Simply put, it was a beautiful August day for my beautiful 8-year old boy!

putting the fun in 5k 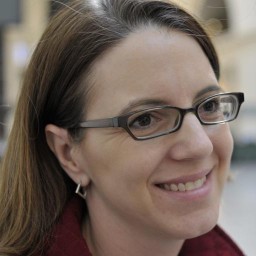